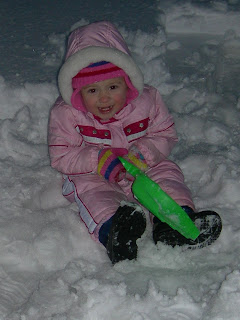 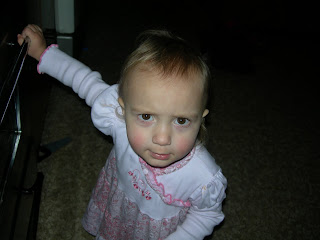 Sophia had her EI assessment today. We all expected that she would no longer qualify because she is so advanced in many areas and because she no longer has the failure to thrive diagnosis due to weight. And as expected she was beyond her age in many areas. She is currently 22 months old, the following is a brief assessment of how she did.
Her Social-Emotional evaluation placed her at 27months, this is her ability to express her feelings, interact with others, ande ability to focus and attend to tasks.
Her Cognition placed her at 23months. This is how she engages in purposeful play, to discriminate people and objects and to to solve problems.
Her GrossMotor placed her at 27months. All assessors were impressed by her capability to do many things, at one point they had asked me if she was able to stand on one foot while holding on to something, I wasn't really sure. She stood up and did it without holding on. Little Miss Independant.
Her FineMotor placed her at 25months. This how she draws, and uses her hands to assist her in the world.
Her AdaptiveSelfCare placed her at 27months. This area was a struggle for the speech pathologist as she feels there still is issues with feeding but due to the fact that Sophia is able to use utensils, drinks well from sippycup, strawcup and bottle and chews/swallows well she scored higher. For feeding she scored 27months, for toileting she scored 25months, and for Dressing she scored 29months!! Yup, she is already into fashion:-)
In her communication department: in the receptive language she scored 25months, this is her ability to understand what is being said to her. Her expressive language placed her at 26months, adn this is her ability to express her wants and needs through gestures and vocalizations.
So needless to say she has graduated from the early intervention program, although all evaluators felt concern for her with her feeding issues, especially since we will be stopping the pediasure. They were trying to finagle a way to keep her on their service due to a clinical issue but due to the fact that we don't have an actual diagnosis they were unable to do that. They noted that she seemed a little jittery, which I have never noticed before, and they recommended further GI studies to determine if there is a lower GI tract issue that is preventing her from eating well. But at this point, what is going to happen is we have to wean her from the pediasure and see whether she gains or loses weight
Posted by Mommato4miracles at 7:21 PM