Well we had our ultrasound yesterday. I am measuring exactly to the day of where I should be. This is so exciting to me because with Sam I always measured two to three weeks smaller than he should have been. So we knew he was going to be small. This baby measures exactly to me due date. Everything looked good, all the organs and bones everything was growing and working appropriately from what they could determine. They couldn't see the cardiac outflow track, but they couldn't see that with Sam either and it just means we get to have another ultrasound in a few weeks when SHE gets bigger. Yup, thats right it is a GIRL!!!
I am in shock still. I can't believe it. For some reason I was really thinking it was a boy, not that it really mattered, because really all we want is full term, healthy and FAT:) But when she ever said it was a girl, I was stunned. What a beautiful blessing, we will have a girl and a boy. I had been on the fence about finding out and then when the temptation was there, and knowing that Matt and my mom and so many others really wanted to know, I just couldn't help myself. WE got the most beautiful pictures from the ultrasound too. They gave us five, and then we will get some more next time. We don't have quite the same amt as with Sam, (14 I think) but it is nice to have some for her to. Now we get to think PINK. It will be so different looking at the girl things. I have been so used to the blue and the rough and tumble. It will be fun to pick pink and baby dolls. I wonder what she will look like, if she will be bald like Sammy was, or if she will have blond or dark hair? I wonder if she will have blue or brown eyes? Oh, this is so exciting. Now let the name game begin:)
I am getting so excited as my brothers will be home in just a few more weeks. My mom has the coolest idea. Each day until Dennis comes home we are putting a yellow ribbon on a different tree by my mom's house. It is nice to be doing something to do a count down, it will be nice for him to see too. We are all taking turns with the ribbons. He is supposed to be leaving Iraq tomorrow after 14months! Please pray for safe travel for him.
Posted by Mommato4miracles at 5:41 AM 1 comment: 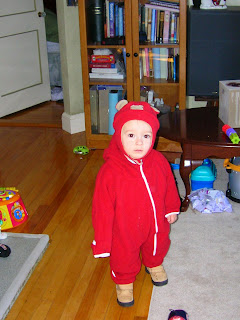 I call him my little red munchkin. He just looks so cute. I am so excited. Mom told me today that DJ will be home on the the 23rd and Dennis will be home on the 24th. I can't wait to have all of us together. It will be so wonderful. It has been so strange not having either of my brothers around.
Posted by Mommato4miracles at 3:52 PM No comments: 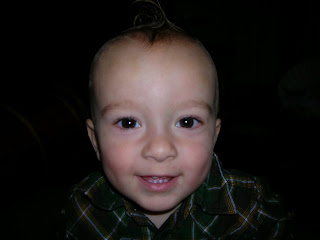 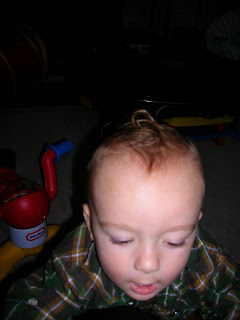 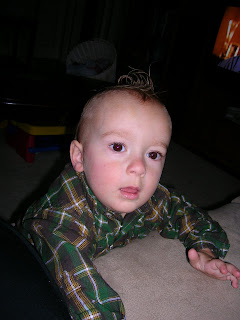 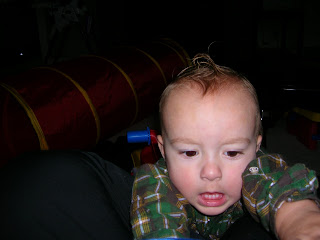 I can't help it, he looks so cute with his hair all spiky:)
Posted by Mommato4miracles at 3:50 PM No comments: 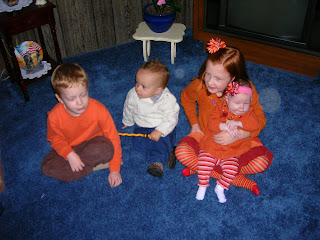 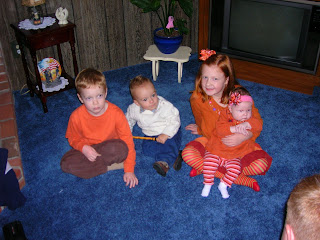 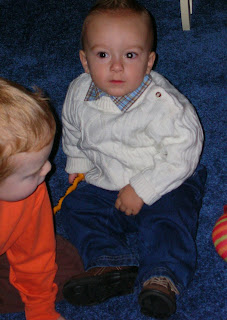 Well we hope and pray taht you all had a wonderful thanksgiving. Ours was pretty good. We went to Matt's Aunt Terri's which is always fun. Sammy loves going there and she has a little dog which he is very found of. Not to mention of course he got to see his cousins which unfortunately doesn't happen all that often due to everyones crazy schedules. After dinner we went to mom's and Sammy and I actually slept over. Denise, Mom, and I went Christmas shopping the day after thanksgiving on the craziest day of the year! It was fun. I got most of the outside gifts for people done. And just have a few more. Here is our attempt at getting a picute of the cousins together...
Posted by Mommato4miracles at 3:34 PM No comments:

Finally he is starting to talk!!! Elated isn't even the half of what I am. Even though the actual hearing test was okay, I have still been so nervous with his lack of speaking. He was rated at an eight month level when they evaluated him for speech, considering he is 16mo. that was worrisome. And then take in to effect the 8+ ear infections last winter, the constant fluid in both ears and then all of the other medical issues, with meds that may or may not have a negative effect on hearing and I was anxious. And then so many others are doing so well and are younger (Serena and Edwin!!!:) www.my23wktwins.blogspot.com. WEll anyways the extent of my 16months olds language.... Ma (which is mama, milk, and more), Dada and Daddy, up (this is new), attempting to say bye (buuuu), and then ruff and mooooww for cat and dog noises. I am so excited every time he says them. And he says them appropriately. He comes over to me and says Ma up!! I love it!!!!
Posted by Mommato4miracles at 3:18 PM 1 comment: 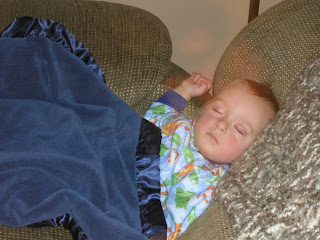 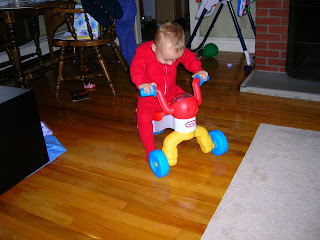 Well my little love bug had another transfusion this week on tuesday. He did really well. We are so blessed to have Children's Hospital and their wonderful staff taking care of Sam. He truly is thriving. It has been kind of a weird week or two as he has had fevers off and on and we don't really know the cause. But all in all he is doing well. He is starting to make some progress speech wise which is so exciting to me. He said UP the other day. I was so excited. He tries so hard, the look of concentration on his face is so cute. And then when it comes out he is so proud of himself. He is also using more sign language which is quite cute as well. All in all my baby is growing up so fast. I can't believe it.

I can't believe I will b e 18wks tomorrow! This pregnancy is so drastically different. I sometimes forget that I am pregnant. It is strange to not have weekly ultrasounds or doctor's appointments. I had so many ultrasounds with Sam and can't wait to see this little person on an ultrasound. We are having terrible times trying to come up with names for this little miracle. Any ideas? I feel absolutely wonderful this time around. I still get nauseous but looking back on this time with Sam I had just had my gallbladder out and had spent a week in the hospital. The stress of that time is so easy to not think about but then you get to certain days in this pregnancy, like the day I would have had surgery and I am just so thankful that God graciously blessed us with this beautiful miracle boy. And now to be blessed again.... I just feel so blessed there is no other word. We are just praying for full term and healthy.

Posted by Mommato4miracles at 4:58 AM No comments: 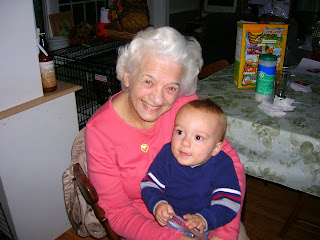 My grandmother has come up to stay with my mom for a few days. She recently had hip replacement surgery and is doing so well. It is so great to see her. Sammy just loves her, and he keeps her busy.
Posted by Mommato4miracles at 5:21 AM No comments: 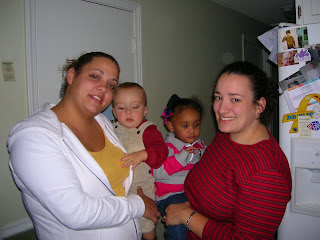 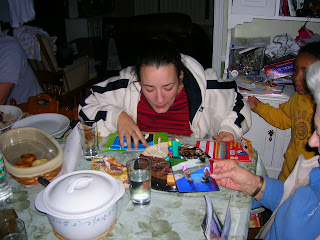 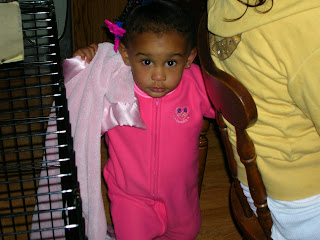 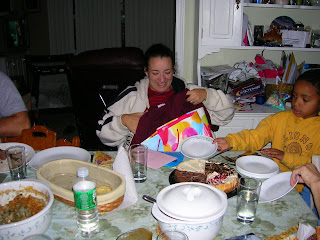 Well today was my birthday. My mom as usual made a wonderful dinner for us. And then she got this really fancy cheese cake with multiple flavors and lemon ice cream. MY FAVORITE! All in all it was great, I wished that my brothers were home but the countdown has begun until Christmas and all six of us will be together.
Posted by Mommato4miracles at 5:16 AM No comments: 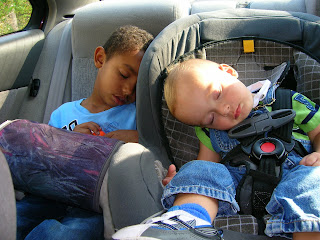 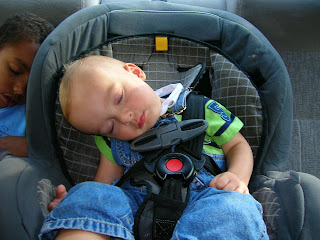 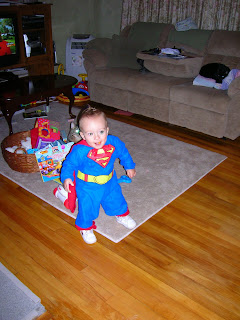 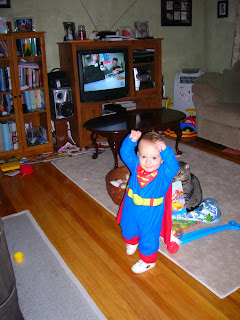 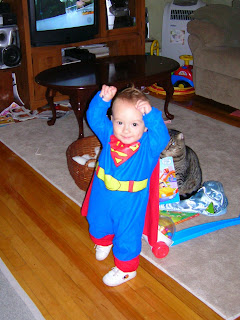 Well as usual it has been forever since I have written. Let's see what is new... Sammy had his hearing eval last week, since he is about eight months behind speech wise, and has had so many ear infections. Well it went wonderfully, a little hard to get a 15month old to sit for a hearing test. But thankfully his hearing is fine. The only thing was that the cochlea didn't vibrate as it should have but she believes that that was due to the amt of fluid in there.
He also ran a temp up to 103.5 throughout the week last week for whatever reason. After about four days I finally decided maybe it was his ears or something and brought him to the doctor but his ears were fine, and then two days later the temp was gone. Just like in the past weird temps and who knows why...
The most exciting news is that Dennis will be home on Christmas Eve!!! I am so excited. Please pray for his continued safety as he finishes up this tour in Iraq. I can't believe it has been nearly fourteen months since he went back over. Can you imagine being a 22yr old kid on your second tour of duty and seeing your friends being killed all around you? I can't imagine emotionally what he is going through.
I will be seventeen weeks pregnant this week! THis pregnancy is so different than with Sam. Sometimes I could forget that I am pregnant except for how tired I am all the time. I am sure that taking care of the twins (who are so busy and getting around so well) and Sammy who is a wild man would be exhausting to anyone, especially if you are pregnant and also work nights too.
Here are some pictures that I took of Sammy in his little superman (or SUPER SAMMY) costume. He wore it to his friend's first birthday party.
Posted by Mommato4miracles at 4:36 AM No comments: