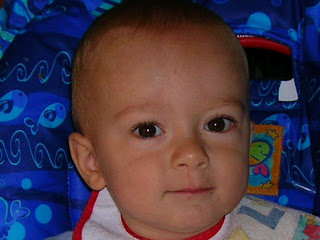 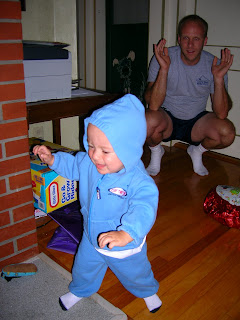 Well I have heard back from the immunologist. Now the plan is to do the IV gammaglobulin monthly through spring of 2009!!! I am so discouraged and overwhelmed. After a year of him being sick for what seems like all of the time, I thought the fix would be done by next summer. I thought we would just have one more year of craziness and that would be it. But unfortunately for us that is not the case:( They had also done some other blood work and Sam's liver function tests were elevated a few weeks ago, then they came back down to normal levels and then now they are higher than they had been. I just wish I knew what was ultimately going on with this little guy. Although we now have a plan for the immunolgy stuff now there is this liver problem that we now have to deal with.
On a happier note he is walking everywhere!!! He walks like frankenstein with his arms straight out in front of him to help his balance. It is so cute. He found a pacifier in his toy box today and sucked and chewed on it for most of the day!!! It was so funny, he never took a pacifier taht good but now it was like a fun toy for him.
Tomorrow we have the appointment with the gastrointerologist. I am not really sure what will happen at that appointment. Maybe he will have some insight into all of the liver stuff.
Posted by Mommato4miracles at 1:53 PM 2 comments:

A blast at the beach 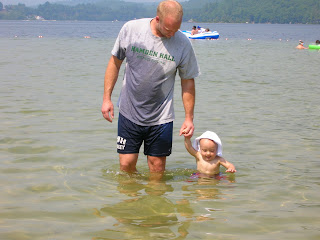 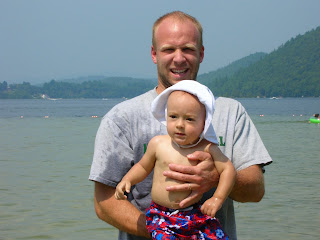 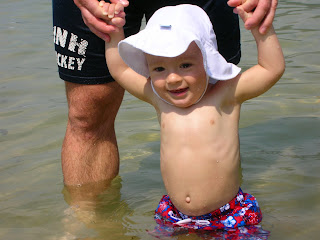 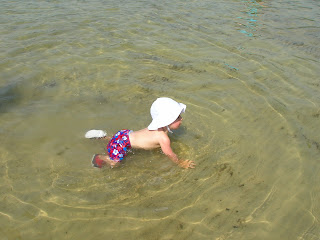 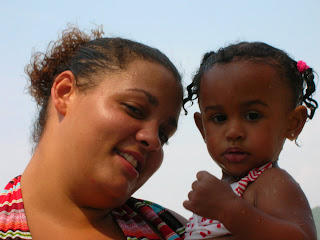 Today was such a fantastic day. We got together with our family in NH and it was just wonderful...The water was so warm, and there was a nice breeze. The water was so shallow that Sam could crawl or walk with minimal assistance all over the place. Dasanee didn;t want to have anything to do with the sand and was much more content to sit in one place than explore like her cousin. Thanks to everyone for all the great food!!!
Posted by Mommato4miracles at 5:26 PM No comments:

Well I got a call from the immunologist today at Children's. I was suprised as I thought it would be anothe week or so before we would have the results of his blood work. I guess his got flagged because it was abnormal. Well the first time they did the immunogy work up his IgG levels were abnormally low, but then they were repeated, and they were in the bare minimum of the normal range, well this time they are even lower:( So they are really now thinking to do the IV IgG and want to get started as soon as possible. We will hear back from him on monday and by that point we should have a more definite plan. I am so concerned about the IV access and all the blood draws that will have to be done. My poor little pumpkin, but hopefully it will get better and we won't have to do this forever. The doctor is saying at least through next summer and then they will reevaluate the need at that point. He also has another ear infection and of course has diarrhea from the antibiotic. Now we are just praying he doesn't get the C. diff. colitis again. Poor little pumpkin
Posted by Mommato4miracles at 10:11 AM 1 comment:

Well at Sam's one year appt. he had the standard lead test done, and although his was in the normal range, it was on the high side of normal. And with all this stuff on the news about all the products coming from China with lead I am so anxious. Every single one of his bath toys is from China, not to mention almost all of the others, I saw a couple of his exact bibs be recalled this morning for lead!!! How awful. Matt is convinced that they are trying to kill our kids.
In other news, Sam picked up my stethescope one day after work last week. I had taken it out to clean it. Well he reached for it and I let him see him. He knew EXACTLY what to do with it!!! First he hung it around his neck just like his doctor does. Then he took it off his neck put it in his ears and reached out to listen to my heart with it!!! Do you think we have been to the doctor often, if my 13month old is already knowing what to do with a stethescope. My boy is so smart:)
He is walking more every day. And is so proud of himself. He is now taking 15 or so steps at a time, then falls to a crawl and finishes where he was going. He is getting so big. HE squats and then can stand.
Monday we go to Children's again to see the immunoligist. I am anxious to get his blood work results back and have a more set plan. He will get labs drawn that day and then probably two weeks later we will know what we will be doing. And then the following week we see the GI doctor again. I am not sure what will come of that appointment probably not a whole lot.
Posted by Mommato4miracles at 12:10 PM No comments: 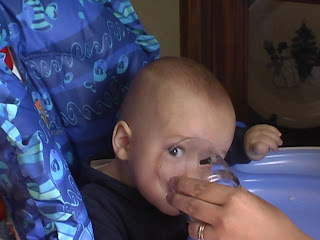 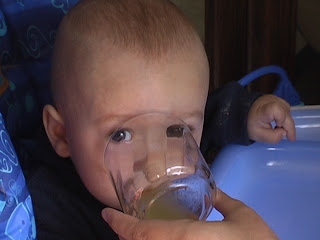 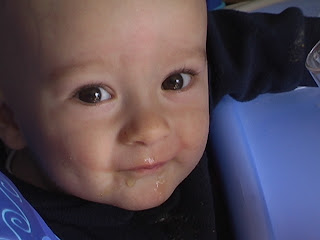 LEt me first start by saying we have the best doctor in the world. She called the other day just to check on Sam and to see when his next appointment was. Who takes the time to call the pt's to check in on them. Of course it is probably because she hasn't seen us in like two whole weeks!! That is pretty good for us, we are always there. But anyways Matt's Aunt Terri watched Sam today and said that he felt really hot at one point today but when I got there she said he felt much cooler. So I got home and checked his temperature and he was 100.5. I know not high but if he is "much cooler" what was it earlier. And why is he febrile at all? He was in airconditioning all day and today wasn't even that warm. He was very irritable at times this evening, he was perfectly fine and then would do his high pitched screaming, which he always did before when he had C diff colitis. Oh please no... I am praying and praying and praying as so many others are too that this is not the case, that he is just irritable because of some minor thing.
Posted by Mommato4miracles at 6:40 PM 2 comments:

It has been quite a long time since I last wrote, and lots of things have happened. All the blood work that the Dr did got better the second time that she checked it, still a little abnormal but better. All the hepatitis tests came back negative so taht is good. Another good thing is that during this time they checked his antibodies to HepB and he has some!! I am so thankful. The ultrasound came back normal as well, there are no issues with the ducts or vessels, there are no blockages or swelling. So even though I am so happy that all this stuff is resolving, my big question is what caused it?
I have come to the conclusion on my own that Sam definitely does have something going on with his immune system. AFter all if whatever he just had was just a virus, then it shouldn't have caused all the issues it did. And also a normal healthy kid doesn't fight the same minor virus for two plus weeks..
In other news last week MAtt was driving home from work when the ball bearing joint or something like that broke. It then pulled the seal out of the transmission and he slid sideways in the road. We are so fortunate that he didn't get killed. His father was able to help him fix it but it was just another added expense.
Sam's PT came today and noticed that he had increased tone and posturing today. She throws those phrases out there and then wonders why I get a little anxious about it. I am not sure if it is because he is just getting over being sick and it is like a little set back, or if like she said some kids that she has seen they get increased tone when they are going to get sick. Regardless I am just praying he gets better
Posted by Mommato4miracles at 1:48 PM 1 comment: