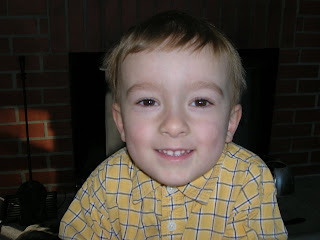 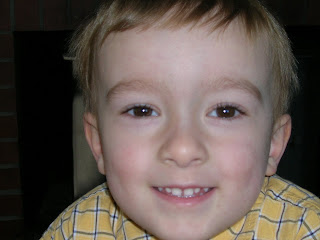 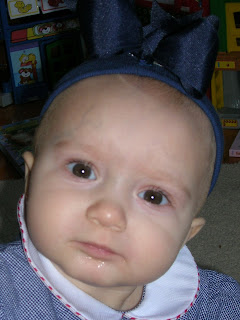 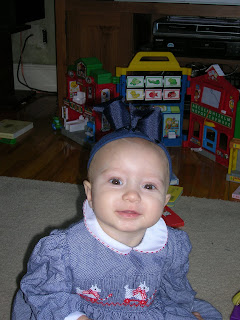 Posted by Mommato4miracles at 6:07 PM

Hi Sammy and Sophia's Mom! I think I figured out who you were on your last comment. Sorry I've been out of touch (kind of crazy around here, but also eerily still as we wait for the new little one).

Anyway, the odd thing is that they went straight to patch testing for Hallie. I don't know why. Maybe because she showed no signs of being anaphylactic to things? Anyway, they patch tested her for a bunch of stuff, and honestly the only one we're sure was really positive was egg. No question there--she vomits right away with egg and also has eczema (sort of fitting, given the pronunciation and all). She also tested positive, borderline to wheat and barley. But now that we've tried wheat and she's fine with it, we're pretty sure that either she outgrew that one or was okay all along with wheat. Meanwhile, she tested negative to cow milk, and there's no question there about that one. She is SO allergic to cow dairy. And probably also to soy, to which she tested negative too.

So, what do I think? I think for some kids allergy testing does work. But for others, it might not. It would be interesting to do the sub-q skin prick tests, just to see what happens, but I am not sure whether we should just subject her to it out of curiosity.

Food trials: these generally work for us. She has HORRIBLE reflux and GI symptoms when she isn't doing well with a food. But these are also excruciatingly slow. She gets sick anywhere from the day of intro (blueberries, for example) to three to five days out (beef, in minute quantities and soy). And then she vomits, vomits, vomits, and retches, retches, retches for days on end, even weeks. It takes another 3 weeks to get her back to baseline (even more in a couple cases). Meanwhile, her life is awful (and so is ours). But we know what to look for, so we take it slow. So far, we've ruled in as okay wheat, plums, prunes, apples, pears, potatoes, and goat milk. We've definitely ruled out cow dairy, rice (for now), buckwheat (horrible vomiting), egg, and beef. We strongly suspect soy. And we have lingering questions about carrots, bananas, and sweet potatoes.

So, the upshot is that we're not entirely sure about some stuff. It's all a big fat mystery.

What would I do in terms of Sammy? I'd probably join POFAK (see side bar of our blog, on left, for link) and pay the (tax deductible...must remember to deduct it!) 25 dollars. The moms and dads there have a TON of experience where this stuff (including testing) is concerned. The forums are searchable, too.

Have they ruled out EE for Sammy? That's the big lingering question we still have in terms of Hallie..