GOAL!!! Hmm, Maybe he will play soccer like his momma did 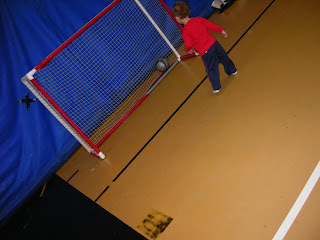 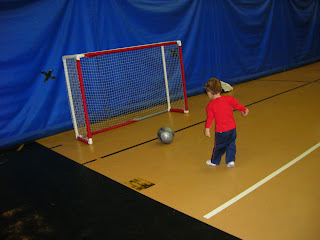 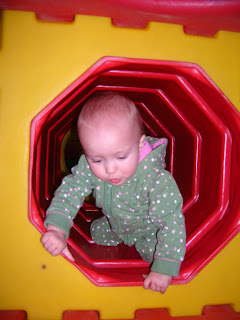 Sophia exploring the tunnel at the playgym 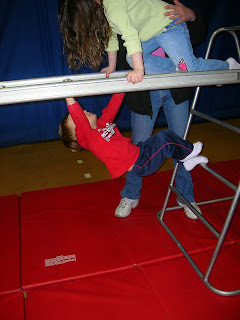 Or maybe a gymnast? 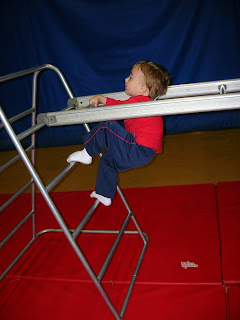 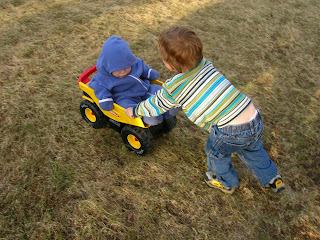 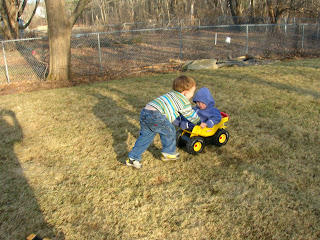 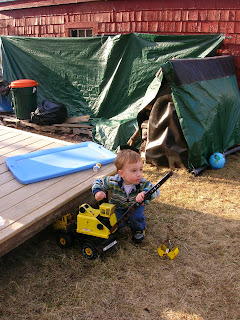 Sam is doing ok, although is eating very poorly if at all. He has also been saying "Mommy I am very sick" When you ask him what is wrong he complains of belly pain, a head ache, his legs aching and itchiness. He has been very quiet and not as active as normal, and taking longer naps. Praying it is nothing but with him you just never know. In positive news we got some of the allergy testing back. I guess there is a new test called an "immuno-cap" that is as good as other types of allergy testing and is just a small vial or two of blood. So we did that a few weeks ago, most of the things they tested for were NEGATIVE!!! Thank you God. The one thing that was positive was dairy, which totally stinks, but that is better than him being allergic to everything.
So I guess at this stage of the game we are just waiting it out with Sam. I will be so curious to see what his immunoglobulin levels are next month. It is going to feel like forever waiting for them. I know right now I am overly anxious about him and just waiting to see if he gets sick. So when he complains of being very sick, a variety of other complaints, sleeping more, and eating less, it scares the heck out of me. Please pray for him
Here is a variety of pics from the last week or so with him. We went to the playgym and have been playing outside tons. He just loves being outside, and is so protective of Sophia. He wanted to know where she was at all times.
Posted by Mommato4miracles at 7:13 PM